FIRST LEGO League
CoZmic RoboticZ (191A)
Home Our Team This Season VEX Experience FLL Outreach
Our team previously competed in another robotics competition: FIRST LEGO League (FLL). FLL is a competition for elementary and middle school students. The challenge is entirely autonomous and is set on a 93 in by 45 in board. The board consists of multiple challenges and the robot must complete as many challenges as possible. In addition to the robot game, FLL also has two other components: the Innovation Project and Core Values. The Project is where teams choose a problem to solve and come up with an innovative solution following the season's theme. Core Values is the component of judging where teams display their teamwork and cooperation. 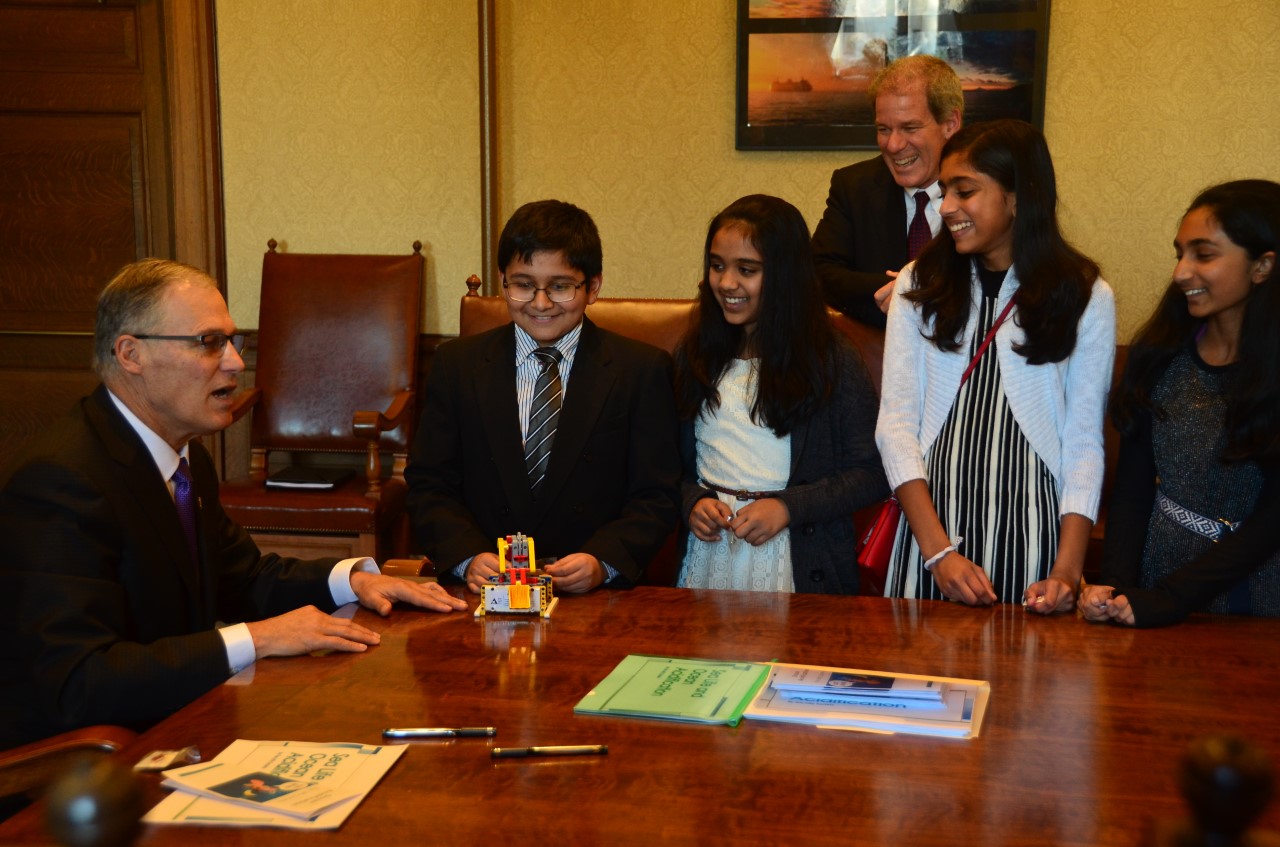 Our FLL team consisted of two of our current team members, Sriya and Kyvalya. In our second year of FLL, we won the Washington State Finals and the Judges Award at the World Festival. As part of our project in the competition, we met with Jay Inslee, the governor of Washington state, to discuss our proposed solution for ocean acidification. Another one of our current team members,Harini, was in another FLL team that made it to the State Finals. 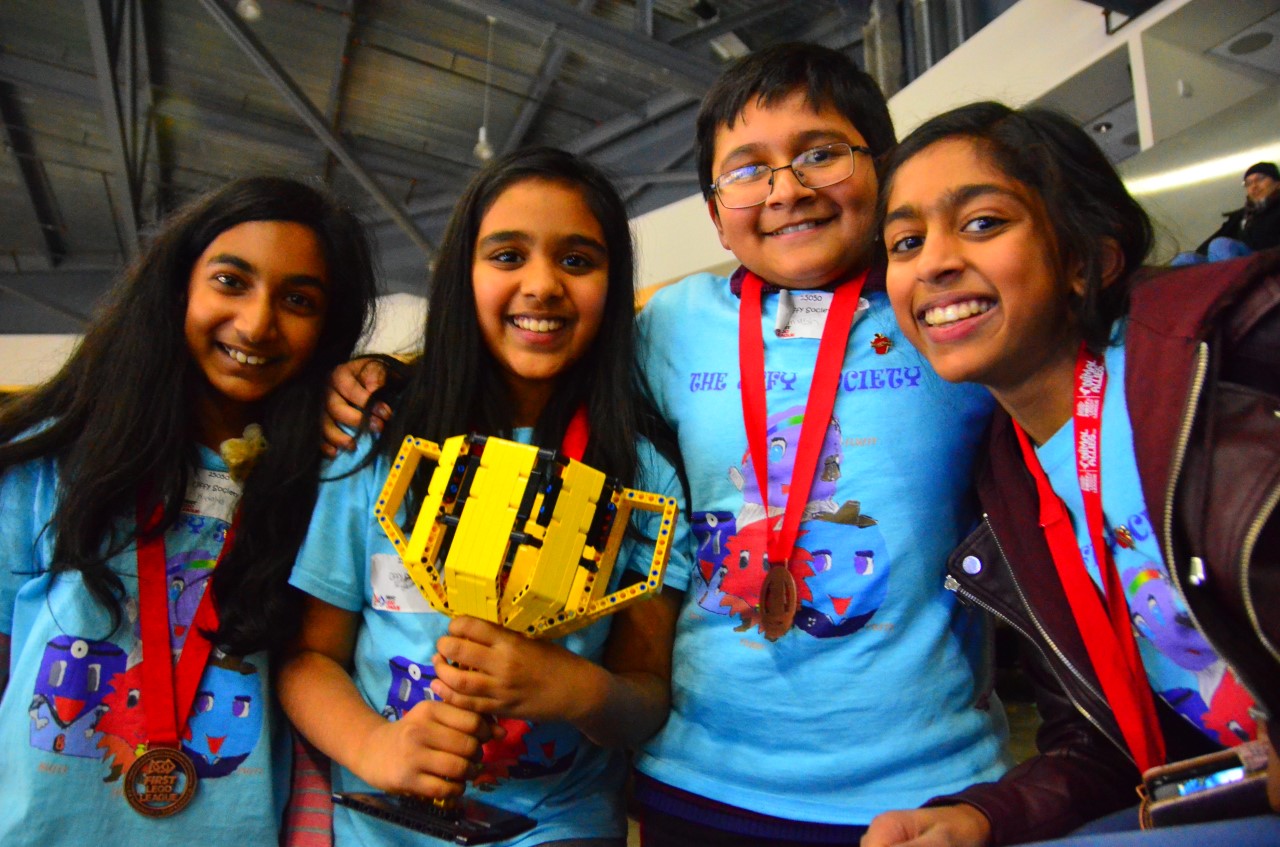 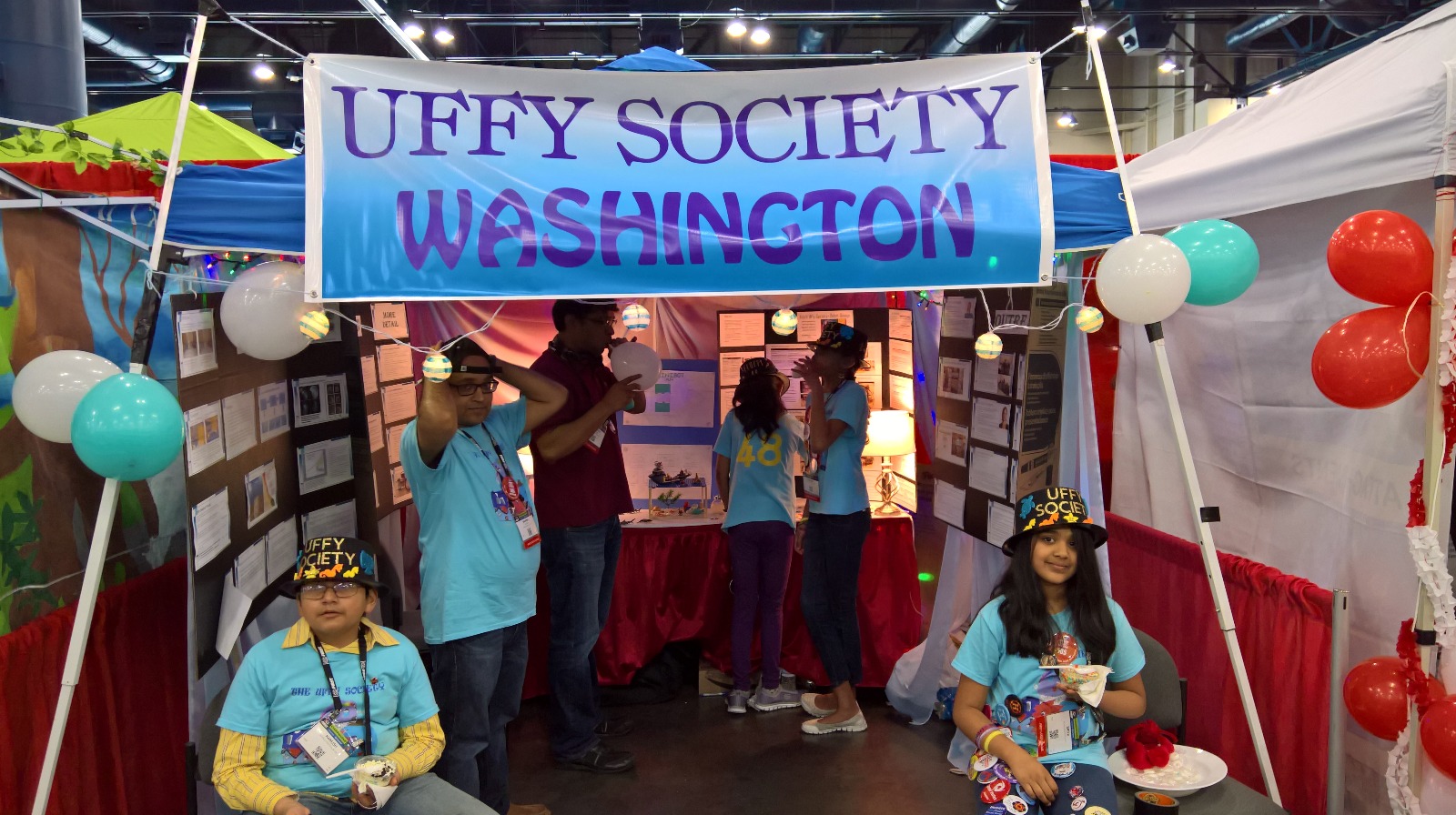